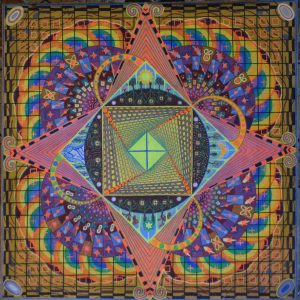 The earth element is the primary force in material creation. In its essence, this force is the energy of gravitation, an energy that draws in upon itself, pulling in towards the center. It is the strong binding power that holds together the physical components of the universe. In the Hindu version of yoga, this force is personified as Brahma, the god of creation. We could say that it is the force that holds universal energy in patterns, and these patterns give us the impression of physical matter. They do this by arranging sub-atomic particles into the atoms, molecules and cells that make up our shared perception of a solid material world.

On the macrocosmic planetary scale, we know this force as gravity, a strong power that keeps the earth intact. However, just as we often take gravity for granted, we also frequently overlook the importance of this integrative power upon our physical beings. On the microcosmic scale, this same energy keeps each atom in our bodies intact and gives each cell its integrity, and each organ its individuality; it gives us our individuality, keeping our bodies from melting into the ground beneath us. Indeed, once we lose this force, we do in fact dissolve back into the earth. In Sanskrit, this elemental gravitational force is called Prithvi. 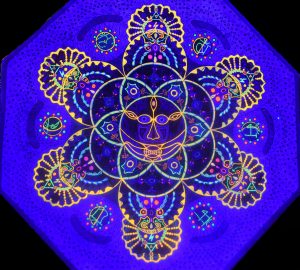 Dwelling place of the Soul

The energy/power of cohesion or covalence. Like the first elemental force, the water element also attracts, but it is a much more flexible molecular force that bonds the oxygen and hydrogen atoms together in order to make a water molecule. This energy pulls or attracts atoms of compatible energy fields and bonds them together in a variety of molecules, including water. The combination can be rearranged, that is to say: the atoms are interchangeable. For instance, the hydrogen in the water molecule can be replaced by carbon to make CO2

The same force applies in hemoglobin when its iron molecules give up oxygen and takes on CO2, a process continually functioning within the chemistry of our cells.Water, the second elemental force, is called Apas in Sanskrit, or Apana when referred to as a prana. (Sanskrit has a very elaborate vocabulary for describing the energy world.) With the second chakra we are looking at a more subtle power than the first, yet its overall energy is responsible for much of what we find in nature. This element is accountable for most of the compound substances that make up the world. Very few things we see, and experience are made of simple elements; almost everything is made of combinations. These complex arrangements of atoms into molecules are all held together by the force of covalence, a variable and pliable bond that keeps the elements in relation for a while, yet simultaneously allows for motion, flow and change. In the theory of chemistry this fluid arrangement occurs when compatible atoms share some of their electrons. Water and wood are both compounds made of combinations of atoms; the first is fluid at room temperature while the second is solid yet its molecules can be totally re-arranged in combustion. This liquid adaptability is characteristic of Swadhistana energy. 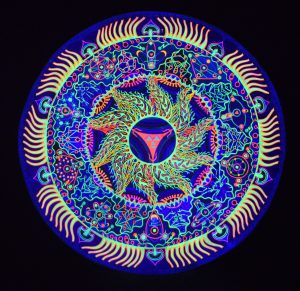 In this photo, we are looking at two different views of the same picture. The lighting is different, giving us the illusion of two different things. The third chakra energy governs eye function and vision; this one picture gives us a view of ‘seeing’ with the two outer eyes and also seeing with the inner third eye. Fire: the energy/power of combustion and transformation. This force triggers the release of one atom from another, breaking apart covalent bonds and liberating electrons, photons of light, and at a lower frequency, heat. Energy lines from the universe cross at an angle of 36° to create the elemental force that we most easily recognize as energy itself. When electromagnetic lines weaving the fabric of the universe intersect at such angles, they spark the element of fire. It’s another holographic part of the illusion. We don’t need to look far out into the universe to see this one: the sun itself is the most blazing example of this transformative firepower. Propelled by this power, matter is continuously being changed into energy which we experience as light and heat. Without it we would not see anything at all, nor would any organic life exist. Just as the sun provides heat for things to grow on the planet, within the microcosm it is the solar center of each atom, the radiant nucleus that gives life energy, heat and light to each atom, and subsequently to each cell. At the level of groups of cells called organs, it is the transforming power of the digestive process that breaks down food into the components to build and energize the body. On the other hand, at the cellular level, it can sometimes create too much heat and terminate cell activity, as in a high fever. Fire in its destructive nature can burn. Taken too far and without the balance of the other elements, this fire can dehydrate and wither things, evaporating the water out of them and thus destroying the life that was originally there. 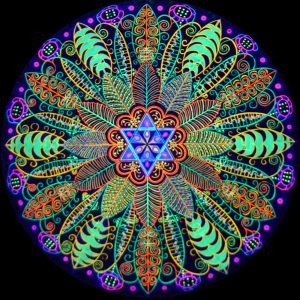 The energy or power of expansion. The force of Anahata is manifested through the air
element and can be observed in the way air molecules push each other apart when we blow into a balloon. This is an intangible force, far more subtle than the previous three. However,it is a force that can be felt in the magnetic world when, for example, we put two north poles of a magnet together and witness the repulsion they exert against each other. Whereas fire
has been a perceptibly obvious power ever since primitive times, the power of air is invisible. Consider what energy form makes that balloon expand when you blow air into it. The air molecules are pushing each other apart; like little magnets, they do not want to be compressed.This gentle power creates space between particles of matter, (if there is such a thing as a particle in reality).

It is an expansive force that moves out from the center; the opposite of gravity. Anahata is the power that makes our lungs expand when they fill up with air, and also the force that moves oxygen throughout the body (out to the extremities) to nourish all cells. This subtle force moves outward, distributing and expanding the atoms of our being and thus constitutes the essence of the energy that makes us expand as we are growing up. On a microcosmic level, this type of prana it is called Vyana, while on the macrocosmic scale, this energy causes the entire universe to expand, and is referred to as Vayu. It is a powerful force at least equal to that of gravity and is always counterbalancing that inward pull. We have said nothing here of the power of air as wind in our everyday world. Think for a moment about tornadoes and hurricanes and what power is there. The ancient Summerians venerated “Enlil,” lord of air and wind, as their top deity. Subtle as the air element may be, it becomes quite powerful at times. It is also the same repulsive force that keeps us from falling through the floor – when the zillions of little molecular (atomic) magnets in our feet push away from the molecular magnets in the wood floor – nothing ever really touches. This tiny repulsive force counterbalances gravity, and if not for this, matter would collapse as it does in black holes (where all material in and on planet earth would condense into a ball the size of an orange; imagine how tiny we would be!) 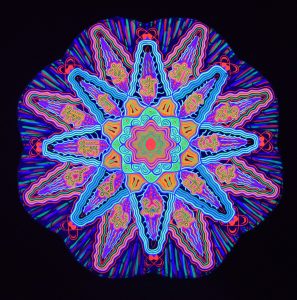 The element of Ether, is an ethereal element that in modern terminology it electromagnetic vibration. Vishuddha is energy in its unbound state, the free-flowing, vibrant power filling the cosmos. In the perceived material universe, the space in between material things is permeated with electromagnetic energy in the form of light and a large variety of other frequencies that our normal worldly senses do not pick up. In fact, our senses are seduced into the illusion that we are seeing and feeling solid reality, which is in “reality” made up of compressed energy. Drawn into the concept of being in a human body, we adapt for survival on this planet, otherwise, we would perceive it too much as a dream and we would not take it seriously, dissolving ourselves back into the ocean of possibilities like a drop of water merging back into the ocean. This fifth chakra vortex is energy in motion, constantly vibrating and moving – radiating – out in all directions from each of the infinite numbers of stars that comprise our physical universe. When we look at the stars at night, what we see are the trillions of electromagnetic waves coming at us from those stars. Visible light is only a small part of what is actually coming toward us. Normally we do not have the heightened sensitivity to perceive this phenomenon directly.

With technological inventions, we have expanded our awareness of this whole realm. Once called ether it is now called the electromagnetic spectrum. The spectrum includes radio waves, microwaves, infrared light, visible light, ultraviolet light (UV), X-rays and gamma rays – plus an array of vibrant frequencies which we are not yet named, though we are capable of
observing and measuring. Electronic and nuclear technology is still taking us further into this phenomenon. As we are in the yuga age of Dwapara, ( a Hindu term for the age of technology), this knowledge is rapidly expanding each enlightening year. 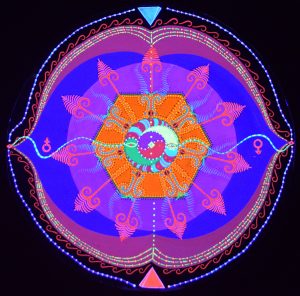 The 6th chakra, Ajna, is the element of mind. Within the realm of the energy world, this “elemental” force of the mind is known today as magnetism. To scientists and physicists in the modern world, magnetism can be detected or observed as lines of force, found virtually everywhere as magnetic fields. In the last chapter we looked at electromagnetic energy – an intangible, non-substance that permeates the entire universe, referred to as dark energy or dark matter. Now with the mind element, we peek into the center of those electromagnetic waves and see magnetic lines that act as guiding forces around which spinning electron energies, (quanta), form the spirals we perceive as electromagnetic energy. 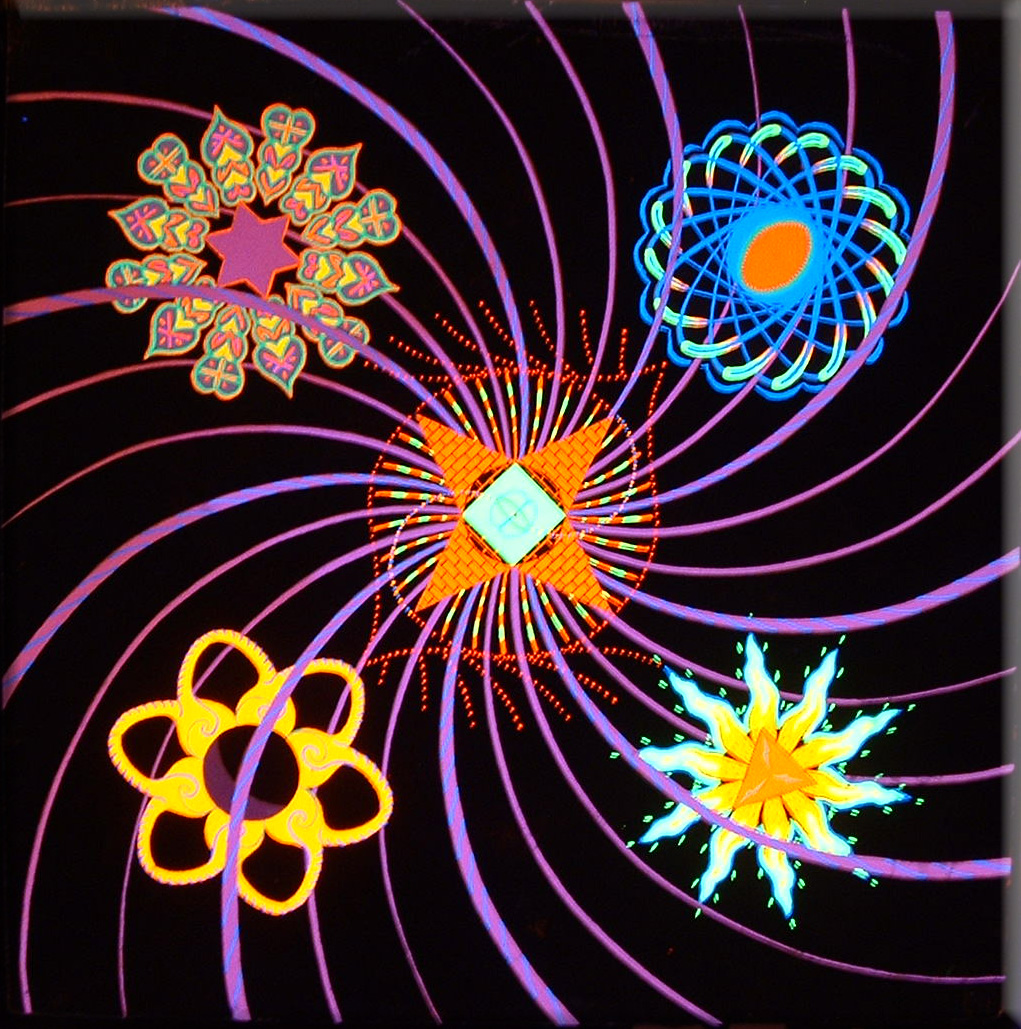 This is the element of consciousness itself, the observer who is watching and having the experience of life in whatever dimension we are focused. With this awareness coming down into the body chakras we experience the external world of the senses. In our dreams and in states of meditation, we have experiences in the greater multi-dimensional Universe. Dreams may be how we are released from body experience, but with yogic methods of concentration and meditation, we gain the freedom to go beyond. Consciousness of course expands beyond the body in this world also, helping us to question, explore, travel and learn internationally, beyond the limitations of our ego and cultural norms.

In the above artwork we see the inclusion of the body chakras as in our human situation, being here in the world with our processing mind, 6th; our beliefs and expression, 5th; our feelings and sensations, 4th; our sight, actions and reactions, 3rd; our taste and relations, 2nd; and finally our sense of smell and physical body. This is the crown chakra, indicating it is above the head, not in it. this is what allows the detachment of consciousness and freedom to go beyond. We all do this in our final departure. Oftentimes this chakra is depicted as a ‘thousand petal’ lotus. This thousand refers to a special mantra laya which utilizes that many petal mantras to elevate consciousness beyond the world. 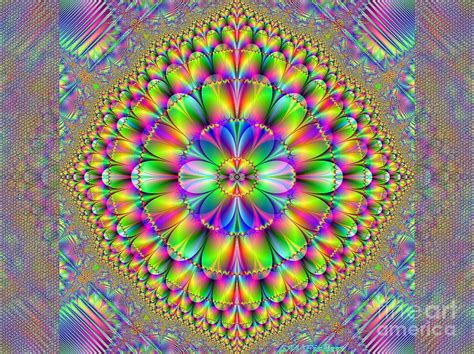